In 2014 I set out to walk 1,000 miles going town by town to meet with voters to introduce my campaign for the US Senate, and most importantly, to listen to the people of Massachusetts. During that time I collected over four thousand signatures, but fell short of what was required to get on the ballot. The following is an archive of my journey and experiences while on the campaign trail. 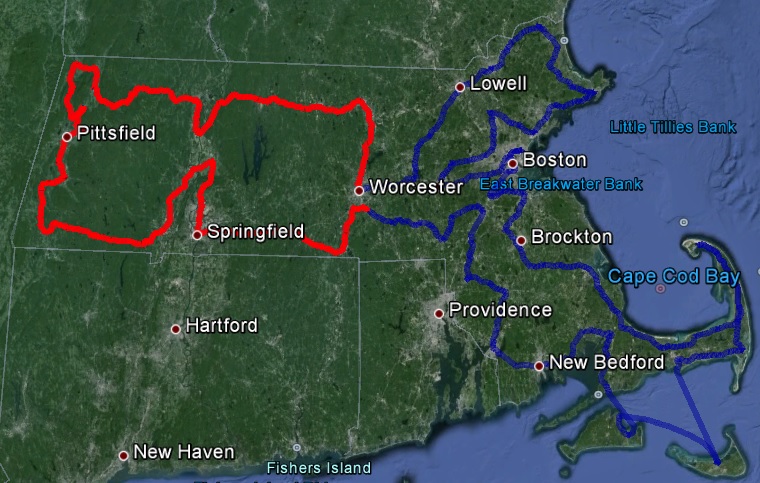 Congress is out of touch with Americans, with a partisan system that has tipped government too far in favor of those with wealth and influence. Bruce is promising to dedicate six years of service to his country to restore the balance by representing everyone equally, regardless of political affiliation, wealth, or any other station that has been used to divide us. Read more

Fifty three percent of Massachusetts voters are unenrolled from either party and strongly prefer an independent candidate. Bruce offers 100% citizen funded, honest representation to those that are tired of partisan politics.

Bruce is not a career politician. He is a scientist and engineer with over a decade of experience in using computer models to address big problems for the government. Bruce will bring a fresh perspective to Congress for creating comprehensive solutions that get to the root of problems instead of just dealing with symptoms. From debt to climate change, jobs to education, Bruce will be a dedicated problem solver that serves the people alone.

As a father, Bruce knows we must take better care of our future. As a scientist and engineer, he knows exactly what we are capable of when we put politics aside.

Bruce is not bringing any partisan agenda to Washington, only the priorities of the people. His first issue is getting money out of politics and ending crony capitalism. He stands for fiscal and environmental responsibility and is a strong defender of the entire Bill of Rights. Bruce also has a strategy for using technology to realign education and to unlock our economic might. Read more

To win in 2013, Markey was funded by less than 0.09% of the Massachusetts voter population and nearly half came from out of state! To have honest representation we must change this system.

Bruce is running a 100% citizen funded, no-frills campaign focused on small contributions. Help Bruce bring representation back to the people by pitching in today.